You are here: Home / Blog / relationships 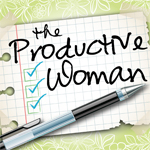 When people think about productivity, they often think about calendars and to-do lists and project management, and all of those things are a big part of what we will discuss in coming episodes. But there's a big difference between being busy and being productive. True productivity requires a purpose to guide the activity. In this episode we talk about a process for coming up with principles to guide our decisions in such a way that our activity is consistent with our true values.

A brief summary of the basic steps:

Tip of the Week: Back up your digital data.

For more info, check out this article from the University of Pittsburgh's IT Department on Backing Up Your Data

Tool of the Week: Some great options for online backup services.

Next week's episode will be a discussion of my “Top Ten Tips for Managing Your Day,” and another upcoming episode will talk about setting achievable goals. If you have questions about either topic, please leave a voicemail message by clicking the pink tab at the right-hand side of my website, or email your questions or suggestions to feedback@theproductivewoman.com. You can also join the conversation at The Productive Woman's Facebook page.

I look forward to hearing from you, and welcome your comments, questions, and suggestions.

Forgiveness: the action or process of forgiving or being forgiven.

When someone you care about hurts you, or you hurt them, the wounded person has a choice:

If the relationship is worth keeping, then forgiveness is the only choice.

But what does it mean to forgive? 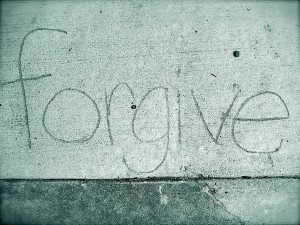 The dictionary tells us that to forgive means to “stop feeling angry or resentful toward (someone) for an offense, flaw, or mistake” or to “cancel a debt.”

Wikipedia says that “Forgiveness is the intentional and voluntary process by which a victim undergoes a change in feelings and attitude regarding an offense, lets go of negative emotions such as vengefulness, with an increased ability to wish the offender well.”

Both of these definitions refer to a change in feelings–the giving up of anger and resentment. Not easy at all. Human emotions are powerful things.

It's a choice. Intentional and voluntary.

And once the heat of initial hurt and anger are past, the choice to forgive–which is the choice to preserve the relationship–is relatively easy. (That is, the choice to begin the process of forgiving is easy. Certainly it takes time, intention, and effort.)

The harder question, though, is whether the memory of the “forgiven” offense will change the nature of the relationship going forward.

How often have you heard someone say, “I've forgiven, but I haven't forgotten”? How often have you said it yourself? I know I have. Usually what we mean is we “forgive” the person who's hurt us, but we won't let ourselves forget, because we must protect ourselves against future hurt. We're not going to demand justice and we're going to stay in the relationship, but we'll make darned sure that person doesn't hurt us again. By definition, we are putting up walls intended to protect ourself against this person we care about enough to keep him or her in our life.

But what does that act of self-preservation do to the relationship? Is the relationship forever changed? Are we keeping that person at a distance in order to protect ourselves against pain?

When we say “I forgive, but I don’t forget,” are we really forgiving?

Does truly forgiving an offense really mean we don’t take it into account at all in our interactions with the “forgiven” person?

That’s how God forgives—when his holy nature is offended by my sin, he chooses to forgive and to forget.

Heb. 8:12: “For I will forgive their wickedness and will remember their sins no more.”

Psalm 103:11-12: “For as high as the heavens are above the earth, so great is his love for those who fear him; as far as the east is from the west, so far has he removed our transgressions from us.”

When God forgives, the offense no longer has any effect on the relationship between the forgiver (God) and the forgiven (us).

In Isaiah 43:25, God tells his people this: “I, even I, am he who blots out your transgressions, for my own sake, and remembers your sin no more.” He says he does this for his own sake (maybe because he values the relationship and wants to sustain it?)–he chooses to not just forgive, but to blot out the offenses and remember them no more.

Is there a difference between forgetting and “remembering no more”? Is it that forgetting is something that happens to you, an almost involuntary event that occurs as time passes, but to “remember no more” is a voluntary act, just like the act of forgiving? God chooses to remember no more. He chooses to put the memory of the offense away and never look at it again. That's so different from the way we act–we allow the memory to return, and we rehearse it, turn it over in our minds, actually relive it.

If our standard of behavior is God (rather than each other), it's reasonable to assume that his approach is how we should respond when someone wrongs us: forgive and forget. But are we humans even capable of this? Certainly we can make the choice to forgive, to do the hard, hard work of purposely surrendering our anger and resentment, to welcome the offender into our lives and to actually stop thinking of him/her as an offender. These things are an act of the will, and we can control our will. We can choose. It's a process, certainly. Because we are human, the wounds continue to hurt, and we must choose, over and over again, to forgive, to let the feelings of hurt go.

But even if we've done that, can we follow God's example and forgive to the extent that we no longer take the (forgiven) offense into account in our interactions with that person, that it no longer colors our perceptions of who this person is and where this person fits in our life and in our heart?

But what’s the alternative? If we can’t truly forgive, can the relationship survive? Or does it become something else, something less than it was before the offense occurred?

And if so, are we okay with that?

What do you think? How do you deal with the process of forgiving (and forgetting?) the offenses of the people you love? What happens to a relationship if we choose to forgive but not forget?