You are here: Home1 / Blog2 / productivity

Like nearly every woman I know, I have more demands on my time than I have time to get them all done. I'm always on the lookout for tips on how to make the most of the time I have, and tools to help me be more efficient and productive, saving time for fun and family. For years I've collected books on time management and organization. I've gleaned ideas from each of them, but here are three of my favorites:

I have many more books in my personal library on the subjects of time management and organization, but I'm always on the lookout for great ideas. If there's a book that you recommend, please tell me about it in a comment below. If there's a particular element of time management or organization that's giving you trouble, leave a comment about that, too, and I'll respond.

Are you as hard on yourself as I am? Do you find it easier to criticize yourself for the areas where you fall short, rather than patting yourself on the back for making an effort? 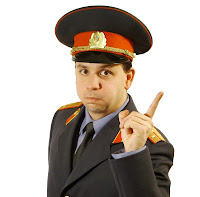 One of my primary goals for 2012 is to finish a novel manuscript, something I've wanted to do since I was in my teens. One item on my action plan for that goal is to start developing the habit of writing daily, by writing at least 750 words, at least six days each week. Week one went great (not in terms of starting the novel, but in terms of keeping my commitment to daily writing). But a vacation in week two put me off track. I did some writing most (but not all) days, but still none of it was on the novel. So a couple of days ago I realized that we're already three weeks into 2012 and I've got no work done on the novel. As is typical of me, I spent some time beating up on myself for setting a goal and then not working the plan I'd prepared to realize that goal: “What's the matter with you? How can you be so disciplined at work and so undisciplined about doing the writing you've dreamed of since you were a kid? How can somebody who drags her butt out to run regularly not be able to sit that butt in a chair and get words on paper?”

I was feeling pretty crummy and just a bit hopeless about ever achieving this particular lifelong dream. Part of the issue is that I feel the years flying by, and at 51 years old I feel like I have less and less time left to do the things I've dreamed of for years. And I'm particularly sensitive to it, I guess, because since I've “failed” at accomplishing certain goals so many times, I'm afraid of doing it again. The voice in my head told me, “You'll never be a writer. Just give up and stop kidding yourself.”

Looking at the calendar, though, I realized that maybe it was just a little too early in the year to give up hope. Yes, I'm three weeks into the year and haven't yet put words on paper specifically for that one project. On the other hand, it's only three weeks out of 52, and I have made some progress on several of the business and professional goals that I set for myself for this year. I've even done a pretty good job of writing the 750 words I promised myself most days, and even if they weren't for my novel, it's still practice toward developing a good habit of daily writing.

So I need to cut myself a break, right? I need to just keep reminding myself that even if I don't reach my target destination, by taking ANY steps in the direction I'm aiming I've at least gotten closer to where I want to be. Which really is progress.

I'm not young. I do have fewer years ahead of me than I have behind me. But still, I have many years left to do the things I want to do. One step at a time is still progress. Slower than I want, but progress nonetheless. So I need to lighten up, right?

From conversations I've had with friends and acquaintances, I'm pretty sure that I'm not the only one who struggles with this. Many of us find ourselves focusing on how far we have yet to go, rather than celebrating the steps we've actually taken in the right direction.

I am trying to start a practice of keeping track of the little steps I take toward each of my goals. I'm keeping separate lists for professional and personal goals, and tracking what things I've done that advance the ball on the various goals I've set. Mostly I focus on my 90-day objectives, which, of course, are subsets of my year and long-term goals. So I keep track of the little actions I've taken toward each of the targets I've set for this quarter. I have a list started in my little Moleskine notebook, and I'll try to add to it each week, even if it's just an item or two.

Last week was rough, with traveling and then getting back to the office and trying to get caught up, but I got a few things done, and I have a list of a few specific things I'm planning to work on next week. So . . . one week at a time, one day at a time, one task at a time. Trying to be a little kinder to myself and give myself credit for trying, even if I don't get as far down the road as I had hoped.

What about you? Do you need to remember to give yourself credit for the effort, even if you don't accomplish all you hoped for? I'd like to hear about the steps you're taking toward your dreams!

Those who know me personally have already heard this, but I'll say it again anyway: I love my iPad. And my iPhone. They're fun, they're useful, and they work! One of the best things about these devices (besides the great Apple customer service) is access to the thousands of apps available through the App Store. I've tried tons of them, both free and paid. Some have been hits; others, not so much. From time to time I'll share my thoughts on some of them. Here are three that I particularly like (all available via Apple's App Store): 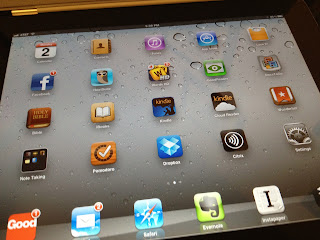 Today's technology — and the ingenuity of app developers — make iPhones and iPads handy devices that can make your life easier and more convenient. What apps do you like best?

I was checking out Monica Ricci's Your Life: Organized blog and found a post with this great quote:

“Anything you cannot relinquish when it has outlived its usefulness possesses you, and in this materialistic age a great many of us are possessed by our possessions.”                          Peace Pilgrim

Interesting timing, finding this today, because I've been thinking lately about how much stuff I own, and how much time and energy it takes to maintain it and keep track of it and even to feel vaguely guilty for never using a lot of it. Further confirmation that there's great value in paring down the material possessions that clutter our lives and our space. There's a peacefulness that comes with being surrounded by open, uncluttered space in our homes, offices, etc. That gets lost in our modern culture of acquisition.
Have a look at — and maybe follow — Monica's blog for her tips and thoughts on organization and productivity.
https://www.lauramcclellan.me/wp-content/uploads/2016/05/logo.png 0 0 Laura https://www.lauramcclellan.me/wp-content/uploads/2016/05/logo.png Laura2011-07-12 21:32:002011-07-12 21:32:00How Much Stuff is Enough?
Followon TwitterSubscribeto RSS Feed