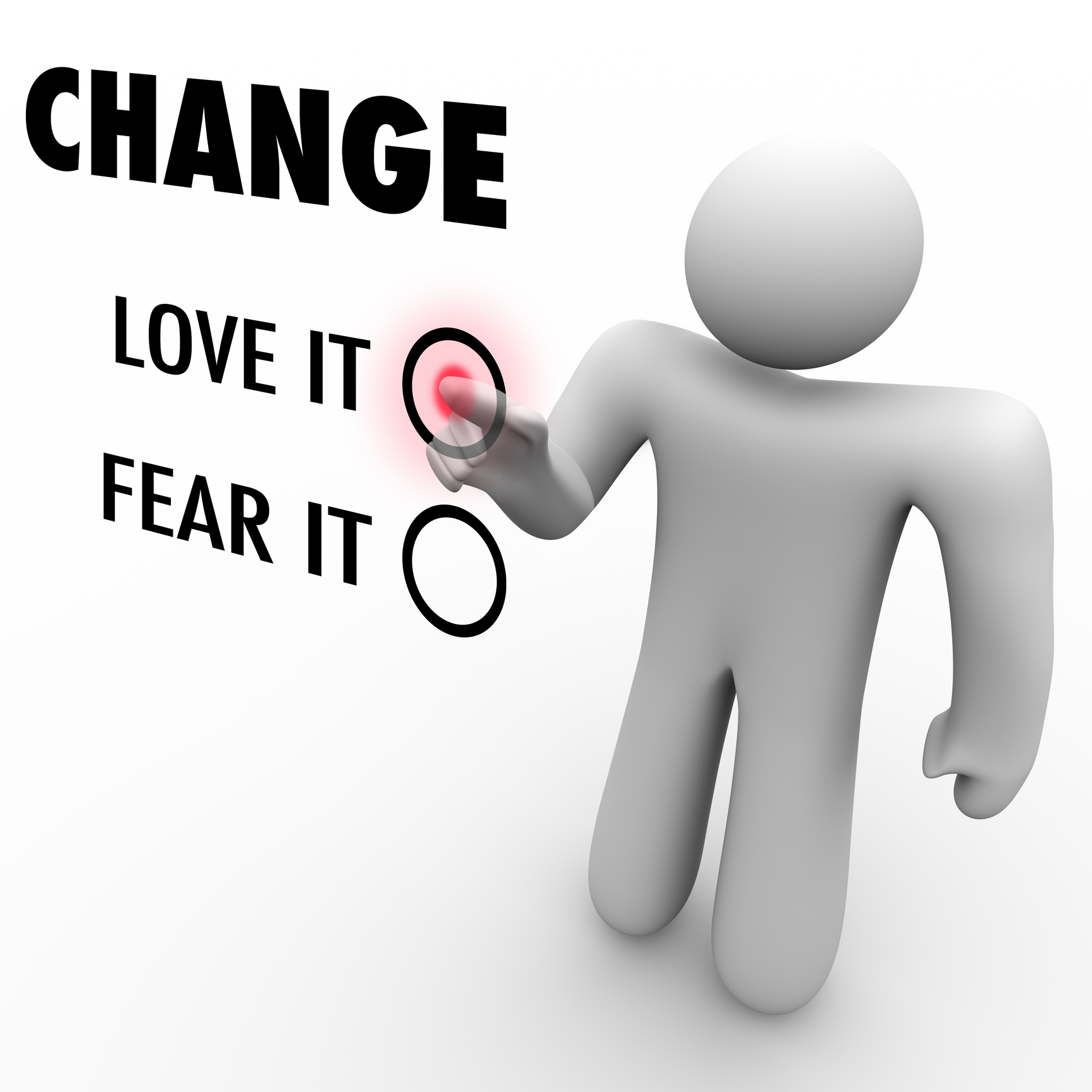 Okay, maybe you don't fear change. But I do. I like predictability. I'm a planner, and I like to know what to expect.

But of course that means that when something unexpected happens, I tend to react . . . poorly.

As part of my determined effort this year to be more positive (as a means to being more happy), I have been thinking a lot about how I react to change, to unexpected events. I continue to struggle to put a positive spin on things that throw a monkey wrench into my comfortable plans, but I'm sure trying. During my commute this morning I listened to an episode of one of my favorite podcasts, Back to Work, in which a couple of really smart (and pretty nerdy) guys talk about a variety of subjects that interest me, such as productivity and communication. This podcast probably wouldn't be everybody's cup of tea, but I find them interesting and usually pretty funny.

Today's episode, though, surprisingly hit me right where I live. One of the hosts, Merlin Mann, talked about his initial reaction to being selected for jury duty–it was going to mess up his life for a couple of weeks, and he was not happy. But he went on to use this event as an example of a different way to react to events that disrupt your life. He gave me a new way to think about change that I think will really help me going forward.

If you struggle with finding positive ways to look at the disruptions and unexpected crises of life, I encourage you to listen to this episode of Back to Work. (The really good stuff starts several minutes in, so please keep listening past the opening minutes, which probably are funny only to those of us who listen to the podcast regularly.)

If you listen to the podcast, please come back here and leave a comment telling me what you think. Either way, how do you feel about change? Do you love it? Fear it? Resent it? How do you cope with unexpected events? 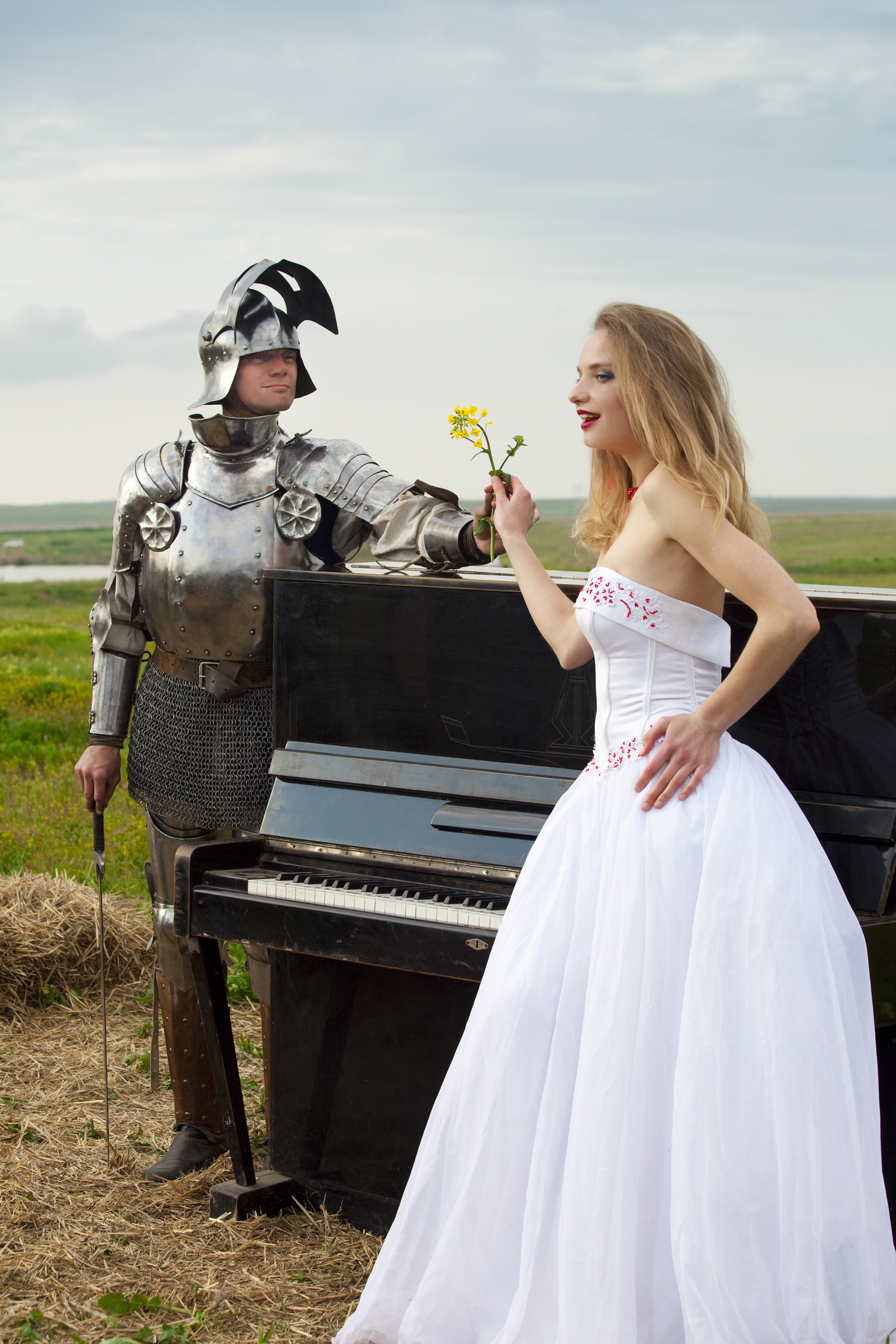 I don't disapprove of romance novels. I have friends who write them, and I've read plenty of them over the years. For the most part, they're simply a bit of escapist fun for the women who read them.

But they can have a negative impact on women who are in a vulnerable position. They can create an image of romantic love that's unattainable, or at least unsustainable, in real life. They can create a longing for, or an expectation of, a perfect man. Romance novel heroes (and the heroines, for that matter) are idealized. They're nearly always very good looking, very attentive, successful, creatively romantic when pursuing the woman of their dreams. If a marriage is in trouble anyway, a constant diet of novels featuring these sigh-inducing heroes and love-for-the-ages relationships can exacerbate dissatisfaction with the man you already have. The “real” man who leaves his dirty socks on the floor or enjoys a TV football game more than candlelit dinners can't compete with the standard romance novel hero. But here's the thing . . . those romance novel heroes aren't real.

So much of a marriage's tone is based on the attitudes of the spouses. I've sadly watched marriages fall apart because one or both spouses reached a point where they could no longer see the good things that drew them together in the first place. Our culture–movies, television, and yes, romance novels–creates an image of “love” that depends almost entirely on feelings, and when those feelings dissipate, resentment sets in and the relationship breaks.

Feelings come and go. Love is a choice. That choice has to be made every day, every moment. You can choose to focus on the things your husband is not doing right. Or you can look for something to be thankful for. If he goes to work every day, be thankful. If he comes home at the end of the day, be thankful. (Some men don't.) You can choose to look for his good qualities, rather than focusing on the ways he's not like the hero of some novel or movie. Nobody's perfect, but everybody has good qualities. Look for them. Focus on them, rather than on the things you perceive as shortcomings.

I'm not saying that you should stay and put up with abuse. If he hits you, leave. But most broken relationships fail for reasons far less serious than this.

Maybe you're reading this thinking, “Why is she even talking about this? I read romance novels and they don't make me dissatisfied with my wonderful husband.” Good. I'm glad. I feel the same. Understand that I'm not suggesting that reading romance novels can ruin a good relationship. But for those who are already struggling, whose relationships are already in trouble, the impact might be different. And I guess I'm asking those women to remember that in marriage, as in life in general, you can choose.

What do you think? Do you read romance novels? Do you think they have any impact on your perception of love and romance?

• an unsuccessful person, enterprise, or thing.

2 the omission of expected or required action.

• a lack or deficiency of a desirable quality.

3 the action or state of not functioning.

• a sudden cessation of power.
• the collapse of a business.

Nobody sets out to fail. We all want to succeed, to accomplish the things we set out to do, to be the kind of person we want to be. But sometimes, despite our best efforts, we just can’t quite achieve what we aim for.

Failure is hard to take, no matter what the context might be. But it happens to each of us from time to time. The question we each have to face each time we fail is what will we do with that failure? Will we let it stop us, or will we learn from it and keep going? One of the most profound lessons I’ve ever learned was born out of one of my greatest failures–a moral failure that happened over 20 years ago. My bad choices hurt people I care about, something I had truly believed I would never do. I was badly shaken by the realization that I was capable of behavior I would never have believed possible. Everything I though I knew about myself was shattered. I saw my failure as absolute and irredeemable, and believed that because of it, I had forfeited my right to pursue my dreams of ministry or anything else. I resigned myself to life on the sidelines. The people I'd hurt forgave me, but I couldn't forgive myself.

Thankfully, I was not left to wallow indefinitely in the shame of my failure. In a quiet moment, God brought to life in me the powerful words of Philippians 3:13: “Forgetting what lies behind, I press on . . .”

The lessons I learned from my own moral failure? There were two. The first is to never say never. I used to live in certainty that there were certain things I would never do. What I learned is that you never know what you’re capable of doing until you’re actually faced with the choice. And anyone is capable of doing almost anything (good or bad) under the right (or wrong) circumstances. Learning this lesson taught me to watch myself carefully.

Even more important, though, my failure taught me to extend grace toward others who have failed. Don't judge too harshly. You don't know what has gone on behind the scenes.

Are you facing a failure, professionally or personally? Does it sometimes seem like success is out of reach, and that you should just give up? (I know the feeling. I've been there–frequently. I'd like to encourage you if I can. Please feel free to email me if I can help in some way.)

Each time we fail, we're faced with a choice: Will I let my failure define me, or will I learn its lessons and press on? The choice is never easy, is it?

What lessons have you learned from failure? How has a past failure made you a stronger, better person?